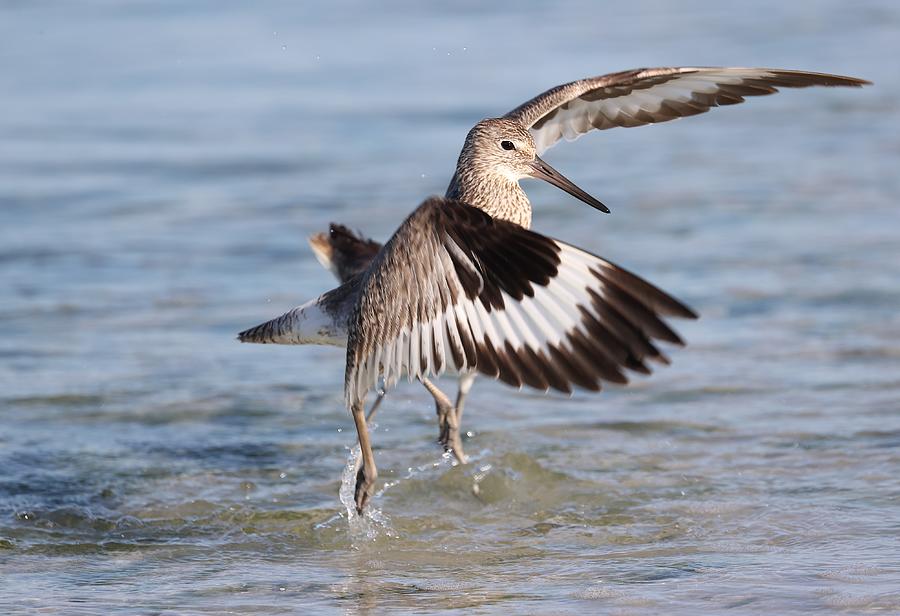 Willets are common shore birds that frequent Southwest Florida beaches. They have long legs and straight bill. The young birds used to be hunted for food and by 1900, willets almost vanished north of Virginia. The Migratory Bird Treaty Act of 1918 banned hunting and marketing of the bird and started the come back of willets, according to Google source.
The photo captures two willets in a fight. They got into fight simply because one willet was passing by the other! In the photo we can see four legs but only one bird. The other bird was totally hidden by the wings.

Wonderful shot of this adorable one! l/f

great timing for this one!